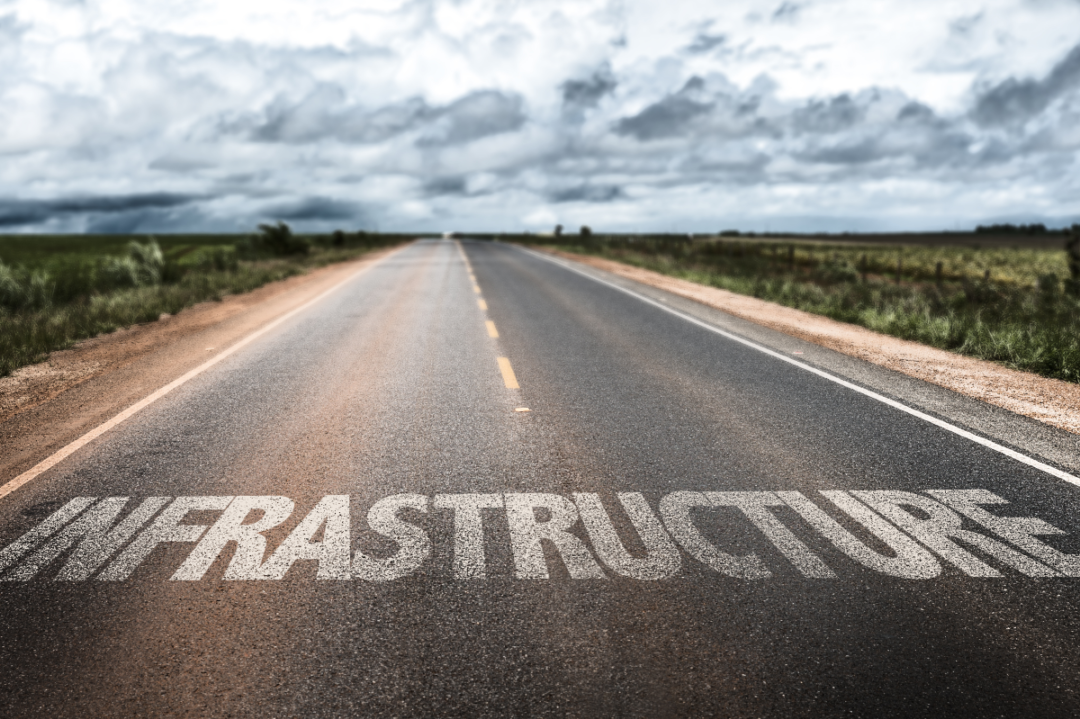 A $2 Trillion Infrastructure Bill is on the Way: What Can We Expect?

After Trillions have been spent on what we all hope will soon be a “post-Covid 19” world, even more spending appears to be on the way. The Biden administration has announced, as most Americans know, that $2.25 Trillion of taxpayer dollars is now in a bill that is set to rebuild “America’s backbone”. Critics of this bill, who are mostly in opposition of its massive size, pointed out that the actual dollars being spent on roads and bridges within the bill may not even exceed 6%.  If their predictions about this bill are correct (and we don’t for sure yet, as the narrative continues to change), where might the remaining 94% be?

The problem some analysts point out, according to the Washington Post, is that the administration’s definition of “critical infrastructure” is much broader than many expected it to be.  According to the Post’s March 31, 2021 article, Biden’s plan expands the bill to include much more than roads and bridges, and is plugging some “controversial” items, as it also includes spending on ports, elder-care facilities, water projects, climate change and “green” initiatives across several industries. Further, a major problem with the bill, is how to pay for it.  Biden says that the bill can easily be funded by raising taxes on corporations and certain individuals – but he’s being criticized for using “fuzzy math” when portraying the plan as “paid for” as his proposal calls for $2.3T in spending over 8 years, while taking 15 years or more to generate enough revenue to pick up the tab.

So, what “counts” as “infrastructure” within the bill?  Well, according to the Cato Institute’s director for tax policy studies, Chris Edwards, there is no “hard definition of infrastructure” in the bill.  This makes it difficult to determine the real impact it will have on the US economy, which has the potential to weigh heavily on markets.

According to the Biden administration and Joe Biden himself, “tax hikes on businesses will not slow the economy at all” and tax hikes will likely “disincentivize” companies from moving operations off-shore, raising prices of goods produced, and laying off workers. Is this true? Well, according to Goldman Sachs’ US Strategist, David Kostin’s note titled, “The Taxman Cometh,” where he warns that tax hikes on businesses and individuals will restrain economic activity and, in fact, compress earnings for the S&P 500 by 9% or more in the coming year or so, then it very well may not be.  Kostin goes on to say that coming “rounds” of likely tax increases from the administration is “looming” and will not only be limited to corporations, but will also have  significant impact on individuals…Here’s why:  As an accounting fundamental, according to many economists, higher corporate taxes will result in lower wages paid to employees, layoffs, and/or higher consumer product prices.

So, you might ask, how do we deconstruct the combination of government largesse being sent to Main Street across the country with higher taxes and increased profit pressures on Wall Street?  Let’s look into some more details…

First, the potential impact of tax reform will hurt certain sectors more than others.  For example, increased tax burdens will likely punish tech stocks, retail companies, and small businesses the most because they have been direct beneficiaries of low tax rates.  These companies were able to generate newfound cash flows over the years, and have been able to create more economic growth as a result.  New tax hikes will certainly put a squeeze on that economic growth and, inevitably, massive government spending that doesn’t promote substantial economic activity can cause negative, long-term issues in the economy.

Massive spending and excessive stimulus can lead to inflation (as we have seen in many other countries) because, as more and more money is being printed by the “mouse-click” at the Fed, those dollars are chasing more limited goods and services…This can lead to a so-called “Keynsian” effect in the economy.  Keynsian theory supports increased and expansionary fiscal policy with its number one tool being government spending.  Now, that sure sounds familiar, doesn’t it?

So, is increased inflation on the horizon?  Are we heading for some kind of recession?  Well, this morning, JP Morgan’s CEO, Jaimie Dimon, suggested that we are not – at least for now.  Mr. Dimon, in his letter to shareholders, explained that he sees a “Boom” in the US economy that can last into 2023.  Now, while our opinion here at Capstone might be a tad bit more skeptical about a “Boom” lasting that long, the CEO of the largest bank in the country, managing total assets of $3.03 trillion, should probably be paid at least some attention, right??  In his letter, Mr. Dimon suggests that our economy will see a huge near-term boost due to “euphoria” surrounding vaccinations, excess consumer savings of nearly $1.6 trillion that is poised to meet pent-up demand, as well as “massive deficit spending” – all are catalysts for positive economic activity according to the bank’s boss.

In his outlook, Mr. Dimon believes that these factors can also lead to a “justification” of increased stock market valuations through 2023, but does not do the same for a “huge supply” of US Debt, soon to hit the market.  Further, he mentioned that inflation will be a “more than temporary” force in the economy which can, ultimately, influence Fed in “aggressively” raising interest rates in an effort to find a “soft landing” in an overheated economy, with hopes to dodge a recession.

This, in our view, brings the “risk – reward” balance within our economy over the next 24 months into potential question.

Some other noteworthy sentiments shared in his letter include the following:

While Mr. Dimon may be correct that we can boom until 2023, we here at Capstone remain guarded.  In my 2018 year-end recap message to clients, I wrote about the conditions that must exist to push our economy into a recession…At that time, some analysists were calling for one, but I disagreed due to the following:

Recessions are typically signaled by a commodity price spike.  In 2018, the GSCI S&P Commodity Index (which tracks the price of the most liquid commodities around the world), had declined by almost 14% and was basically flat for many years prior.  Definitely no “spike” in prices back then…

Recessions are often preceded by extreme market valuations.   At the end of 2018, the S&P 500, as measured by its “P/E” ratio (which is commonly used to determine if prices are in line with corporate earnings) was 14.2 and, at that level, was below the averages over the prior 5-10 years.  No overblown valuations here.

Recessions are also positively correlated with Fed tightening and increased inflation.  Back in ’18, Fed Chairman, Jay Powell, had pledged to “systematically” increase interest rates regardless of economic activity and the markets plunged on those comments.  Realizing that the “dots” in our economy are really the important factors with regard to the direction of rates, he quickly reversed course which resulted in a very tame inflation rate in 2019 (according to the Bureau of Labor Statistics, inflation came in at 1.9% that year).  Rates stayed low – inflation was at bay…No recessionary pressures.

By contrast, here we are today:

The GSCI Commodity Index is up 50% over the last year, oil is up over 100% (Source:  Markets Insider) and lumber prices have sky-rocketed 188% according to “Random Lengths” and the National Association of Homebuilders.

According to the Wall Street Journal, the S&P 500 is currently trading at a P/E Ratio of 45.45.  As markets continue to push up against all-time highs, this figure exceeds historical averages by an astounding 96%.

Fed Tightening still remains a slippery slope.  So far, Jay Powell and company have remained committed to a “lower for longer” interest rate environment.  But rates in the marketplace, as measured by the US 10-year treasury, have increased according to the Wall Street Journal by 127% over the last year.  As the move higher in market yields puts pressure on bond prices, investors may become more and more fearful of inflation creeping into the economy.  According to the Bureau of Labor Statistics, inflation, referred to as “CPI”, has increased by 2% year-over-year although food and energy is up 3.6% and 2.4% respectively – two things that “inflation data experts” often ignore when measuring inflation over time.

When comparing these economic conditions, investors should be inclined to pause a bit and take a look at their tolerance for risk as the markets continue to climb ever higher.  At Capstone, our advisors have recently been making adjustments to client portfolios to ensure proper asset allocation balance and risk management.  In the short-term, perhaps markets can continue their strong upward move, but, the only way to be “right” when investing is to use discipline and leave your human emotions at the door when making decisions.

As always, remember that we are investors for decades, complacency is not an in investment management strategy, at times the markets CAN be “seductive” but great investors never “gamble” – always observe caution because there’s just too much at stake.

For all of our valued clients, if you have any questions regarding your portfolio, as usual, please call us.  If you’re reading this post, are not yet a Capstone client, and you would like to know the amount of risk that’s hiding within your investment portfolio, call us for a free assessment.  We can be reached at 888-587-7526 (toll free).