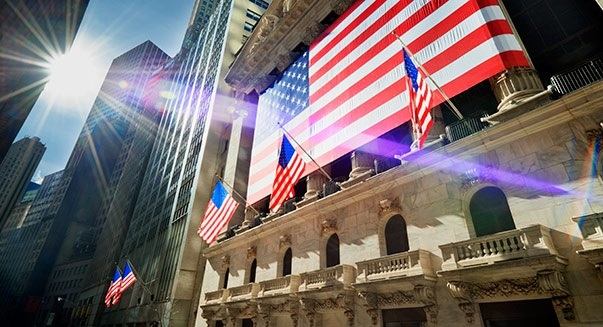 2018 Market Recap. And a little perception.

The media has been incessantly and ominously reporting that 2018 was “the worst year since the financial crisis in 2008” and most certainly forgetting to add a little context.  Put into perspective, in 2008, the S&P 500 lost 38.49% of its value amidst a financial crisis where banks had $100 of debt for every $1 of cash on their balance sheets, investment bankers like Lehman Brothers and Bear Stearns were going out of business, “NINJA” loans (“No Income No Job") were being used to buy “McMansions”, and the global economy plunged as a risk culture failure produced one of the worst economic catastrophes in modern history.

Is our risk culture failing us again?  Well, the conditions that existed before the 2008 & 2009 financial crisis simply do not exist and don’t suggest that we are on the brink of total disaster.  It’s true that we are slowing globally, we have a White House that is seemingly unpredictable, the Federal Reserve is raising rates in the face of a slowing economy, and the market seems to only embrace negativity.  But comparing the economic conditions that existed in 2008 to where we are today, in my opinion, is irrational and way overdone – but you might not realize it when reading all of the doom & gloom headlines the media puts out as their ratings soar.

The dichotomy between stocks and the economy presses on, volatility is very much alive and well, machine trading will continue to pressure the extremes and investors in this market should be worried, but I think perspective is important.

Today, after rallying almost 7% from its Christmas Eve low, the S&P 500 got hit by 2.50% or 62 points after tech giant, Apple, lowered its outlook for the first quarter of 2019 by around $7 Billion.  In an interview, CEO Tim Cook blamed a drop off of demand in China and trade tariffs as the root source for the slash in revenue projections.   The news out of Apple caused a “China macro-panic” and sent the market reeling as it seems to be bracing for, perhaps, some kind of stall in the global economy.  The risk of recession is rising and, by and large many stocks are in bear market territory already – but the question is, which comes first?  A bear market causing economic recession or vice-versa?  There’s an argument in either direction and it’s impossible to predict.

Let’s break it down:

Currently, we are not in recession.  A recession is defined by two consecutive negative quarters of Gross Domestic Product (GDP) in the economy.  For 2018, it’s estimated that GDP in the US should read near 3% and, according to the Department of Commerce, the projection is to dip in 2019 to 2.6% on average for the year.  Down, but not negative.

Commodity Spikes:  Not in the cards at the moment.  The GSCI S&P Commodity Index (which tracks the general price movements of most liquid commodities in the world economy) has declined 13.88% in 2018, is basically even over the last 3 years, and over the last 5 and 10 years, is down 14.54% and 7.06% respectively (Source:  Morningstar.com).  I know that I am enjoying the prices at the pump these days!

Extreme Valuations:   Stock market valuations are determined by dividing current stock prices by projected earnings per share (known as the “P/E Ratio”).  According to Factset, analysts see single-digit earnings growth for the first three quarters of 2019 which would put the 12-month forward P/E ratio at around 14.2 for the S&P 500.  This projection is below the 5-year average and 10-year average.  So, we’re not overvalued by that measure.

Aggressive Fed Tightening:   This is the slippery slope.  Recently Fed Chair Jerome Powell announced that he will be “robotic” in raising rates and, with a slowing economy, the markets detonated after he made those remarks fearing that the Fed can push us into recession.  This is where we have risk and where many believe that Chairman Powell will have to back away from his robotic rate action.

So, although history is backward looking, over the last 9 decades, it can provide perspective.  Will 2019 end up in the positive column?  Nobody can be sure and it’s very early to tell.  In the meantime, as always, whether you’re in retirement or still working, it’s important to remain focused on long-term investment success, take advantage of volatility whenever we can, and stick to the game plan.

The volatility is going to continue and as we continue to monitor client portfolios and look for certain opportunities, we recognize that the markets can be a scary place to be.  If you have questions or any concerns please call us at (570) 587-7800 (Office) or 888-587-75226 (Toll Free).