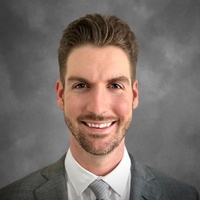 Mike, a Tunkhannock native, studied Economics and Religious Studies at the University of Virginia from 2012 to 2014, where he also played baseball. In 2013, Mike was named an All-American﻿ by the American Baseball Coaches Association and Baseball America, and in 2014, helped lead the Cavaliers to the NCAA Division I College World Series﻿. In 2014, Mike was drafted in the first round of the MLB First-Year Player Draft by the Cleveland Indians (now Cleveland Guardians), where he played professionally for seven years. Mike was also a recent inductee into the Virginia Baseball Hall of Fame, class of 2021.

Mike is an investment advisor representative, whose values and purpose align with Capstone’s mission of ethical, transparent financial advice for all. He brings with him his dedication and commitment to excellence, transferring his discipline from the baseball field to the financial field.

Michael Papi is solely an investment advisor representative of Capstone Wealth Management Group, and not affiliated with LPL Financial.