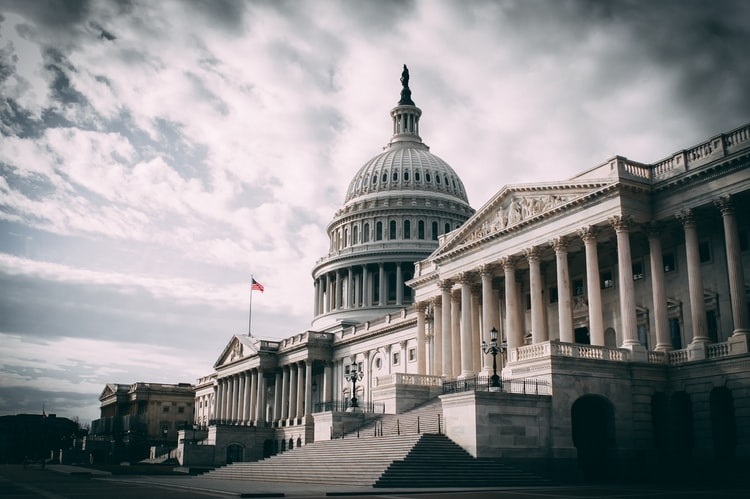 US Senate Passes Historic Fiscal Bailout: What’s in the Bill?

Over the last few weeks, as the stock market has been thrown around like an innertube during a hurricane, we have had dozens of conversations with clients regarding our take on the markets and where we think things are headed from here economically...And with all of the stimulus talk coming out of Washington D.C., many clients have been asking us what the new Fiscal Stimulus Bill looks like and what it might mean for them.  Well, after an “all-nighter” on The Hill, the United States Senate unanimously passed the $2 trillion stimulus package carrying targeted initiatives to prop up the United States economy which has come to a self-induced screeching halt and has been all but paralyzed from the coronavirus outbreak.  The final bill, which was previously knocked down in the Senate on three different occasions, must now pass through the House in order to make its way to the Oval Office for final approval.  While all Americans wait patiently for a final verdict from Congress, it looks extremely likely that we’ll get a thumbs-up here soon.

That said, we thought it would be good to get an understanding of the Bill, what’s in it, and the overall impact it will have on different segments of our country:

Relief Checks: Possibly the most headlined portion of the stimulus package is Uncle Sam’s plan to make “helicopter money” available to the American public at large. The final draft of the bill states that all U.S. residents with adjusted gross earnings of up to $75,000 would get a check in the mail if they meet certain income thresholds.  These payments will be means tested and completely phased out for singles earning $99,000 or more, heads-of-household filers with one child that earn $146,000 or more, and the level for joint filers with no children is $198,000.  Families with children under age 17 can expect additional aid in the amount of $500 per child.  Although a date has not yet been established for these payments, Treasury Secretary Steve Mnuchin is planning on signing checks and sending them out as early as April 6th.

Unemployment: In an effort to enforce social distancing, state and local governments have placed vast restrictions for the operation of business in almost every industry. As a result, nearly 3.28 million Americans filed for unemployment this past week, a total which is nearly 5 times greater than the previous record high of 695,000 from 1982.To support the American worker, the bill will provide unemployed individuals with an additional $600 per week for up to four months, in hopes to provide benefits closer to or even equal to a100% wage replacement. Further, if Congress passes the Bill and it makes it to President Trump’s desk, all unemployed workers will also receive one extra month of benefits to stem losses if they cannot return to work anytime soon.

Healthcare:  Upon its passage, the bill would allocate nearly $100 billion in grants to front-line Healthcare Providers to fiscally assist in the containment of the deadly virus.  In addition to providing resources for the fight against COVID-19, the grants would also serve as relief for the delay or postponement of elective surgeries and other procedures as a result of an enhanced focus on the virus and the mass cancellation of routine medical procedures.

Airlines:  The airline industry, which has seen unprecedented demand carnage from would-be travelers who are either restricted from or completely unwilling to jump on an airplane, would receive $29 billion in grants, and $29 billion in loans and loan guarantees. The industry will also receive an exemption from paying three of their major excise taxes including fuel tax, cargo tax, and the excess on the price of a ticket. The “bailout” comes with multiple caveats, however, such as restricting stock buybacks and limits on compensation for executives.  Of the total aid to the industry, nearly half of the funds would go towards the continuation of payment of employee wages, salaries, and benefits.

Business Tax Credit:  Although certain criteria must be met, businesses would receive a tax credit for maintaining employment of “idled workers” during the pandemic.  The refund would amount to half of the wages burdened by the company with a limit of $5,000 per worker.

State & Local Governments:  $150 billion would be set aside for state and local governments, which have seen tax revenue evaporate as only essential businesses remain open and unemployment claims skyrocket.

Defense Department:The Defense Department would receive $10.5 billion, with $1.5 billion directed to the National Guard who will deploy nearly 20,000 on-call soldiers to help individual states fight the virus in the coming months. Also noteworthy, $415 million would go to towards the Pentagon’s research and development of coronavirus vaccines and antiviral medication.

Energy:  Although President Trump floated the idea of purchasing crude oil and filling the country’s supply “right up to the top” during a press briefing, the final bill will not include the $3 billion which would aid U.S. drillers during the recent price decline. With that said, the agreement also will not include tax breaks to wind and other renewable energy industries.

Remote Healthcare: $200 million would be used to invest in services and devices which will give medical providers additional flexibility to help diagnose and treat patients remotely using “webcam-style” checkups and appointments.

Food Assistance: The aid package will include nearly $25 billion for food assistance, specifically $9 billion for child nutrition, and $16 billion for the Supplemental Nutrition Assistance Program or “SNAP” to assist lower income households with additional funds to buy groceries.

Agriculture:  Of the $2 trillion stimulus package, nearly $24 billion will be directed to agriculture, with $14.5 set aside to stabilize farms, and another $9.5 billion earmarked as emergency aid to the sector as a whole which includes cattle ranchers and fresh fruit and vegetable growers.

Leisure:  Following passage, hotels and restaurants will be able to deduct any dollars spent on property improvements from their taxes.

Postal Service:  In its final draft, the bill would provide a $10 billion Treasury loan to an already struggling U.S Postal Service in an effort to help it avoid total insolvency.

Cruise Lines:  Although devastated by the coronavirus outbreak, it appears that the cruise lines will receive no direct assistance from the stimulus package.

As we await the highly anticipated passing of this historic bill, it’s important for our clients and readers of this post to remember that fiscal and monetary action led by our government will, in our view, lend to a swift recovery only after the final damage is done to the economy and to our financial markets.  Over the last several trading days, we have seen remarkable and extraordinary moves in stocks as the markets are entering desperately into a bottoming process where, at least for the foreseeable future, volatility is the only real constant.  In our last two messages to clients, Capstone Wealth Management Group’s founder, Bryan Kupchik, said that we could see, after a few positive headlines hit the wires, as much as a 3,000 – 4,000 point relief rally in the Dow Jones Industrial Average in a matter of just a few days, but that type of rally is likely to be met with more vigorous selling and stocks could swoon again, testing the lows made in earlier weeks.  So far, based on the recent action we have seen in the markets, our recent messages of calls for caution, have been warnings worth observing.

During these highly unpredictable and unstable times, we believe that investors must remain vigilant and that they should be mitigating unnecessary risk in portfolios at all times.  Yeah, the latest relief rally in stocks makes things feel a bit better and as though a bottom in stocks is in sight, at Capstone though, we still believe that we are in the early stages of the recovery process and that the blood-thirsty, angry bear is likely to wear out his welcome on Wall Street for longer than anyone of us would want.