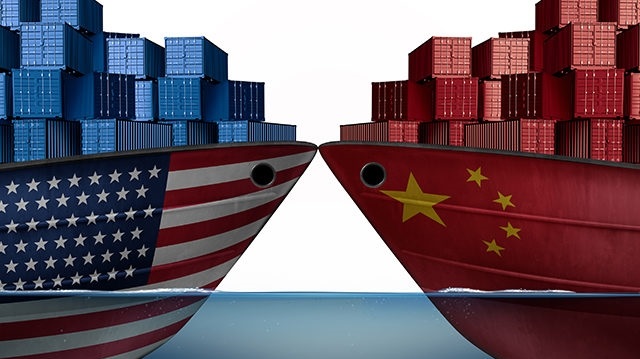 Stocks were on a wild ride today as the Dow Jones Industrial Average got hit nearly 500 points at its low over increasing trade tensions between the U.S. and key trade partners, including China.  Last week, the markets were lower after the President asked his U.S. trade representative to target $200 billion worth of Chinese products for tariffs and he also raised the possibility of slapping a 20 percent tax on cars manufactured in Europe.  Peter Boockvar, chief investment officer at Bleakley Advisory Group, said in a note there are three goals the administration wants to complete with these tariffs:

All of this talk about trade wars and the impact on the world’s economy has markets around the globe reeling.  In my view, however, the global economy remains in an expansion phase and, even though that expansion may be maturing a bit, global growth remains in an uptrend.

The big question then is, how would Trump’s tariffs impact the U.S. economy?  Well, according to Neill Nuttall at Goldman Sachs Asset Management, if all of Trump’s tariffs were imposed tomorrow, it is estimated that economic growth (Gross Domestic Product or “GDP”) in the U.S., would decline by 0.1% - 0.2%.  However, that decline would be offset by fiscal policies and packages that are boosting GDP by around 0.7% this year and possibly by that same percentage for 2019 as well.  While I am not suggesting that headlines coming from the White House about the imposition of tariffs (that can lead to a trade war) be ignored and that any escalation would be inconsequential, I urge clients to focus on perspective and maintain a longer-term investment outlook.  Inevitably, the possibility of a looming trade war will almost surely spur more market volatility in the near term, but I don’t see it picking up enough steam at this point to cause a catastrophic shock to the markets like we saw during the financial crisis in 2008 and 2009 where, systematically, almost every asset class got hammered.

For example, even though many large companies have been rattled by talks of trade wars, earnings have remained very strong and, specifically, small businesses in the U.S. are very optimistic and buoyant.  In fact, according to The Kiplinger Letter, over 80% of smaller firms expect to be better off a year from now versus where they are today, all thanks to lower tax rates, improving sales, and since most small and mid-sized companies are mainly domestic, they are unconcerned about trade tariffs.  Small business optimism is a good indicator that the U.S. economy remains on solid ground.  The biggest problem facing smaller companies is finding skilled workers…With unemployment at a scant 3.9%, it’s a problem that isn’t likely to disappear anytime soon, but it’s a good problem to have because businesses would not be eager to hire and expand if they weren’t confident that sales will continue to increase for the foreseeable future.

It’s true that Chinese import tariffs are much higher than U.S. import tariffs and, in terms of overall trade, the U.S. is much more open than China.  This is most likely why President Trump believes he has a point in complaining about Chinese tariffs and about China being especially weak in protecting intellectual property and technology secrets.  Since 1974, any U.S. President, according to The Trade Act, has had the power to retaliate against other countries if they “violate international trade agreements, act unjustifiable, and, or, burden US commerce”.  For the most part, an attack on unfair trade by a sitting President has been in unchartered waters – until now.  In my opinion however, the odds are that the current situation is in a “bend but don’t break” state and, eventually, cooler heads can prevail.

In my last message to clients, I discussed “headline risk” and, in absence of major corporate news, here, it continues…As we embark on the end of Q2, however, I think that strong corporate earnings will, once again, steal the spotlight.

Disclosure: (The opinions voiced in this material are for general information only and are not intended to provide specific advice or recommendations for any individual. All performance referenced is historical and is no guarantee of future results. All indices are unmanaged and may not be invested into directly. The economic forecasts set forth in this material may not develop as predicted and there can be no guarantee that strategies promoted will be successful.)