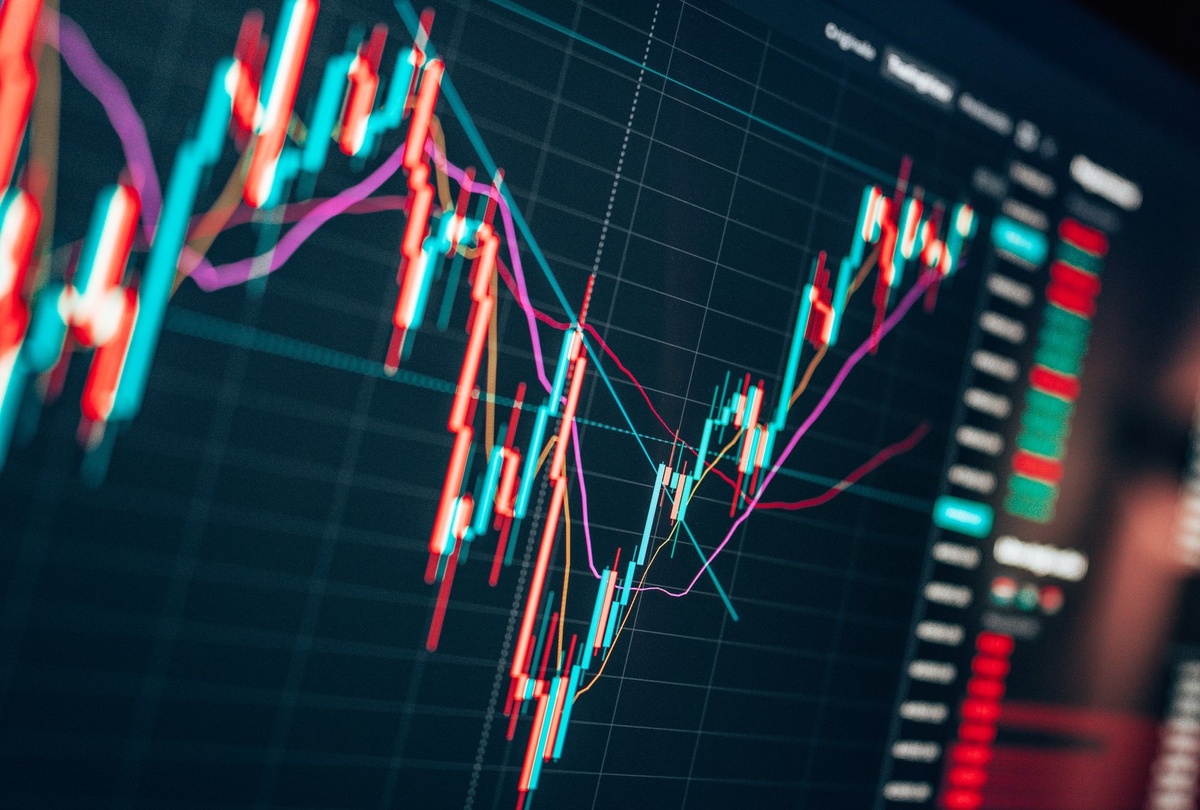 Nowhere to Hide: Stocks and Bonds Get Slammed After a Short-Lived “Fed Rally”

You know that it’s bad day when you see that the best performing stocks in the Dow Jones Industrial Average are just “less negative” than the rest of the market.

This week, the Federal Reserve predictably raised the overnight lending rate by 50 basis points, but made a promise that future rate hikes will not exceed that level and that a single, 75 basis point rate hike is off the table.  Is that good news?  Well, the massive “Fed rally” in the markets on Wednesday may have fooled many investors into thinking so.

On Wednesday, the Dow Jones Industrial Average surged 932 points while the S&P 500 racked up a 3% gain, and the beaten down NASDAQ pushed higher by around 3.20% (source: Yahoo Finance).  This was all on the heels of the Fed’s remarks on what level of rate hikes are still yet to come.  That reactional rally was, frankly speaking, very confusing because it’s clear that the Fed is no longer a “bodyguard” for the stock market.  The “punch bowl” full of quantitative easing, zero rates, asset purchases, and government stimulus is emptying at breakneck speed as the Fed is now embarking on the most aggressive tightening action that we’ve seen in almost 40 years in response to sky high inflation.

On Thursday, the Fed Rally in the markets got vaporized and vanished into a sea of blood.  The S&P 500 plummeted by 3.56%, the Dow fell over 1,000 points, and the tech-heavy NASDAQ made a massive move lower losing 5% on the day (source: CNBC.com).  (I think the market woke up here…).

So, let’s analyze this further to determine how the Fed fits in here, and what we might expect out of the capital markets going forward.  With runaway inflation, soaring energy prices, and a “boxed-in” Federal Reserve that’s raising interest rates heading into what is very likely a slowing economy, the probability of a recession seems awfully high and, unfortunately, a “soft landing” seems very unlikely.

What is a soft landing, you ask?  Simply put, a soft landing is a modest slowdown in the economy following robust expansion and growth, but avoiding recession.  A “hard landing” is similar but has more dire economic consequences that can lead to a definite recession, and even a depression, if things are bad enough.  At this point, the stock market is telling us that a soft landing is nowhere in sight, and the average investor should definitely observe caution.

In my opinion, when the Federal Reserve Chairman, Jay Powell, earlier this year, referred to inflation as “transitory” he stepped up on to the plank believing he wasn’t going to have to walk it.  But now, he’s “hanging ten” staring down into a sea of uncertainty where visibility may be murky at best.

Looking back, the Fed grossly underestimated inflation’s staying power and, ultimately, lost the narrative as the stock market, which is a discounting mechanism, ran away from the Fed, dropping back to levels we haven’t seen in a little more than a year.

With the so-called “hard landing” possibly on the way, what will happen to stocks and bonds?  Above, I mentioned the market is a discounting mechanism (it always has been) and, in a downturn, it will try to figure out what valuation is acceptable at a given price in order to bottom.  Valuation of the overall market or an individual company is measured by what’s called the “price-to-earnings ratio” or PE ratio.  When valuing a stock using the PE ratio, the price of the stock is divided by its earnings per share.  For example, if a stock is trading at $70 per share and has earnings (per share) of $5.00, then its PE ratio is 14 – which, based on history – would be a fairly attractive valuation.  To the contrary, if a stock is priced at $700 per share and its earnings (per share) is $7, then the PE ratio is way out of whack at 100.  That stock would be considered extremely overvalued and in volatile times would prove to be very risky.

According to Factset Research, the 25-year annual average PE ratio of the S&P 500 is 16.5.  Currently, (also according to Factset) the projected earnings for the entire index is $228.85 and, since the S&P closed today at around 4,147, that puts the current PE ratio at approximately 18.12 which, at first glance, really isn’t all that bad in terms of valuation.  At that level, in more normal times of economic expansion, the market at that valuation would get a pass.  That said, if my concerns about the market and our economy here are valid, we are certainly not in any type of expansion to say the least, and therefore, there’s reason to expect valuations to correct further.

In that light, what might we expect from the markets in the shorter-term going forward?

Well, if earnings of companies in the S&P 500 index stay flat and are not revised lower, we would still need to get to 3,777 on the average to value the index at 16.5 times earnings – back to the historical average.  In order for the S&P to reach that level, it would have to decline roughly 8.9% from current levels and, put into perspective, would that be the end of the world?  My take: no, it really wouldn’t…The S&P 500 has already dropped nearly 14% this year alone and is down nearly 17% since it hit an all-time high (according to Factset).  In this volatile environment, while it wouldn’t be very fun, I wouldn’t be surprised if it happened whatsoever.

So, with all of the uncertainty causing so much volatility in the markets, how should investors react?  Should we run for the hills?  Cut our losses?  Or how about doubling down here?  Do any of these ideas make sense?  Well, of course not.  I’ve said this before, you’ll never outsmart it, you just have to get through it and manage investment risk accordingly.  At Capstone, we have been observing caution in our clients’ portfolios for months and even over the last year.  We believed, based on the many assertions I am making right now, that reducing risk coming into the year 2022 was prudent and appropriate and the adjustments that we made have proved to be successful in our efforts to reduce risk and “downside capture” relative to the overall markets.  Those adjustments were applied cautiously and in the best interest of our clients, as is usual…going forward, we believe that the markets will eventually calm down, and may even present opportunities that can allow for additional portfolio adjustments that can also lead to positive outcomes.

In my last few messages to clients, I discussed the economic conditions that now exist in the U.S. economy today and how they are putting upward pressure on chances of a recession.  As a refresher, an economic recession is defined as a decline in real Gross Domestic Product (which is a measure of economic activity) for two or more successive quarters characterized by mechanisms within a business cycle.  The business cycle tells us that, conceivably, every economic expansion eventually breeds contraction and perhaps a recession.  In turn, every contraction and recession will breed revival in a quasi-periodic, repeating, and seemingly never-ending chain.  So, what am I saying here?  I’m saying that, historically, past business cycles are very likely to repeat to some degree, and even though the peaks and valleys cannot be predicted in the economy, over the long term, it will grow despite the business cycle itself.

At Capstone, our advisors have combined investment management experience in excess of 50 years and we have managed client portfolios in terrible times – from the dot com bubble burst in the year 2000, 9/11 in 2001, and all the way up to the financial crisis in 2008-2009, we have seen bad times and got our clients through them by properly managing risk.  That doesn’t mean that, in very short periods of time, asset values don’t experience setbacks, but it does mean that long-term success is achievable.

As always, remember that we invest for decades not days, weeks, or months. For all of our Capstone clients, please contact us with any questions or additional concerns that you may have.  For anyone else reading this message that may be worried about the current environment and would like a no-cost/no-obligation portfolio review and second opinion please feel free to call us.  We can be reached at (570) 587-7800 (office direct) or at 888-587-7526 (toll-free).

The opinions voiced in this material are for general information only and are not intended to provide specific advice or recommendations for any individual. All performance referenced is historical and is no guarantee of future results. All indices are unmanaged and may not be invested into directly. The economic forecasts set forth in this material may not develop as predicted and there can be no guarantee that strategies promoted will be successful. There is no guarantee that a diversified portfolio will enhance overall returns or outperform a non-diversified portfolio. Diversification does not protect against market risk.