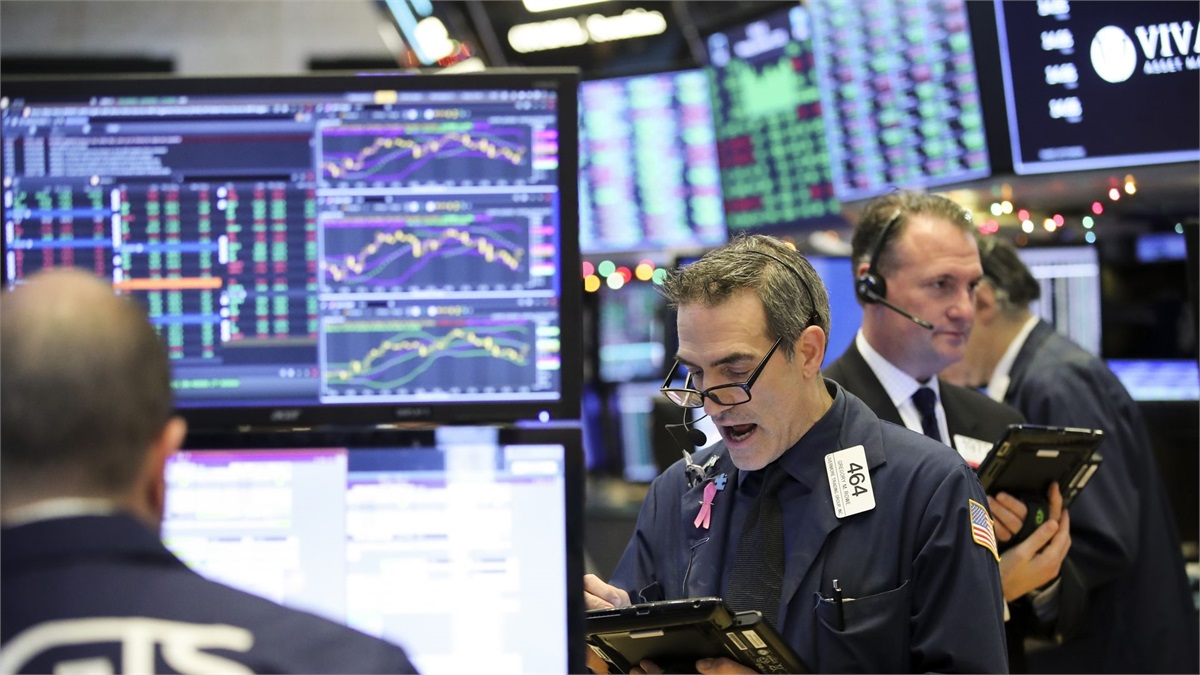 Stocks closed well off their session lows on Thursday after news broke that the Federal Reserve could tighten monetary policy at a slower pace than previously expected.  The Wall Street Journal reported the central bank is considering signaling a “wait-and-see approach” to rate hikes at its upcoming meeting this month.   Overall, the Dow Jones Industrial Average closed 79.40 points lower at 24,947.67 after plunging nearly 800 points this morning (on the heels of Tuesday’s 800 point rout), while the S&P 500 closed 0.15% lower at 2,695.95.  The Nasdaq completely erased its losses, closing 0.4% higher at 7,188.26 as Amazon, Netflix, and Alphabet (Google) all rose more than 1% on the day.

Stocks fell sharply at today’s opening bell as continuing fears over U.S.-China trade relations and concern over a possible economic slowdown spooked the markets.  There’s fear that a deal with China is not as good as it’s being portrayed and that a recession may be looming here in the U.S. because the yield curve is beginning to invert – meaning that rates on short-term bonds are actually higher than rates paid by bonds with longer maturities.

Generally speaking, the headline risk rolls on and yep, once again, the machines are piling on.  In almost all of my messages to clients this year, I discussed how algorithmic trading causes so much craziness in the market – both on the downside and on the upside as well.   In January, the Dow Jones Industrial Average ripped higher increasing nearly 7% in a single month.  Were corporate earnings soaring at that same monthly pace?  Well, of course not, the “algos” were responsible for that “melt up” and in no time, the market had to correct.

In late September, we were back again at all-time the highs until fears of higher rates and a slow-down in growth caused an exact repeat of the market action in February and March and now, we find ourselves in correction territory again, down 10% from the market peak.

So whereto from here?   Well, although the economy might slow a bit, the mood in corporate America remains very cheerful, we still have low inflation, stocks overall are “cheap” with fairly attractive valuations, stocks also remain very much in favor versus bonds, and, once again, I believe that it’s mechanical trading and technology that’s overpowering the market’s ability to deal with volatility.  In short, I think it’s overdone but, as I mentioned in prior notes, corrections are a process and take much longer than we would like to get through.

The underlying fundamentals of low rates, a growing economy, a Federal Reserve hitting the pause button, more positive earnings than negative, attractive valuations, and confidence in corporate America, to me, mean that we are not on the verge of something major and the conditions that would normally lead to a significant decline in the markets are simply not present to push us over the proverbial edge.

So whereto from here you ask?  We have made responsible investments in high quality vehicles so we keep our heads while everybody else is losing theirs, realize that there is a bottom in sight, and trust our long-term investment process.

Bull markets are born in optimism and die in euphoria.  At current levels, we are not seeing broad-based euphoria whatsoever so, logically, we’ll stay the course, take advantage of the volatility when possible, and focus on long-term investment success.

The opinions voiced in this material are for general information only and are not intended to provide specific advice or recommendations for any individual. All performance referenced is historical and is no guarantee of future results. All indices are unmanaged and may not be invested into directly. The economic forecasts set forth in this material may not develop as predicted and there can be no guarantee that strategies promoted will be successful.