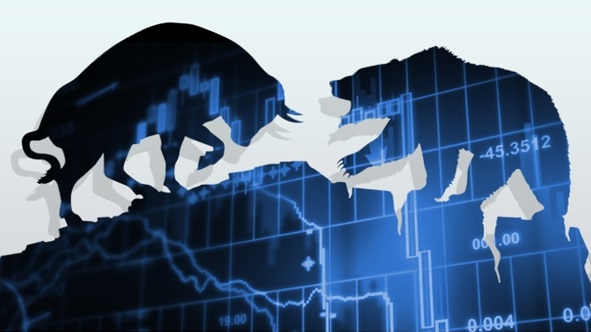 In February of 2018, after a huge, parabolic-like move upward in January, extreme volatility returned into the markets and investors saw the Dow Jones Industrial Average correct by over 8% in a matter of 6 trading days.  Sound familiar?

After that punishing blow, the market was basically in a box from early February until mid-August as the Dow sloshed around bouncing from 23,500 to 25,500 during that 7-month period.  It took almost the entire year to recover from the February sell-off and finally, in the past few weeks, the market took off making new highs in late September only to be met once again by another rash of volatility and, yep – you guessed it, 6 days later, we did it again.

So what changed in a matter of 6 short days?  The economy, according to President Trump’s Senior Economic Advisor, Larry Kudlow, is “on fire”, corporate earnings are strong, corporate taxes are low, regulations are declining, unemployment is at all-time lows, and wages are rising.  Sounds like a great environment for stocks to me, but there are always reasons for a fast market correction.  In a message to clients that I sent in March, I said that volatility is likely here to stay and that 2018 will be much more wobbly then 2017 which, very clearly, is the case.  Also, in that March memo, I discussed how “headline risk” and “machine” or algorithmic trading can be a root cause for volatility and can trigger major declines within very short periods of time.  This time around, the machines are aggressively selling headlines surrounding  tariff wars, interest rates, valuations, mid-term elections, and the Federal Reserve.

Corrections in the market are actually healthy and frankly, they can help to prevent a boom to bust scenario…That said, a market “adjustment” in this day and age is nothing like it was 15 or 20 years ago.  Back then, human beings made conscientious decisions to buy or sell stocks in a responsible way, but to the contrary, in today’s markets, a computer can literally read the lips of the Fed Chairman Jay Powell and based on just a few key words, can indiscriminately light up every stock in a portfolio in a matter of seconds. That’s what happened earlier this year and again this past week – when volatility rears its ugly head, the machines start selling without any regard to fundamentals, dividend yields, capital gains tax, or any economic factors at all.

2017 provided very steady returns and led to performance that was way ahead of expectations – and that’s one reason why we can ride out this crazy volatility and we can afford to step back a bit in terms of performance.  Last year there were only 4 days in which the S&P 500 dropped by 1% or more. This year, it has already occurred 18 times and it’s reasonable to expect more as the headlines roll on.  But long-term investors fear not.  This too, will pass, and might even be a buying opportunity for investors who are out of the market holding cash on the sideline.  Over the coming months or so, as long as earnings and the economy remain in focus, the markets will calm and cooler heads, once again, will prevail.

The opinions voiced in this material are for general information only and are not intended to provide specific advice or recommendations for any individual. All performance referenced is historical and is no guarantee of future results. All indices are unmanaged and may not be invested into directly. The economic forecasts set forth in this material may not develop as predicted and there can be no guarantee that strategies promoted will be successful.