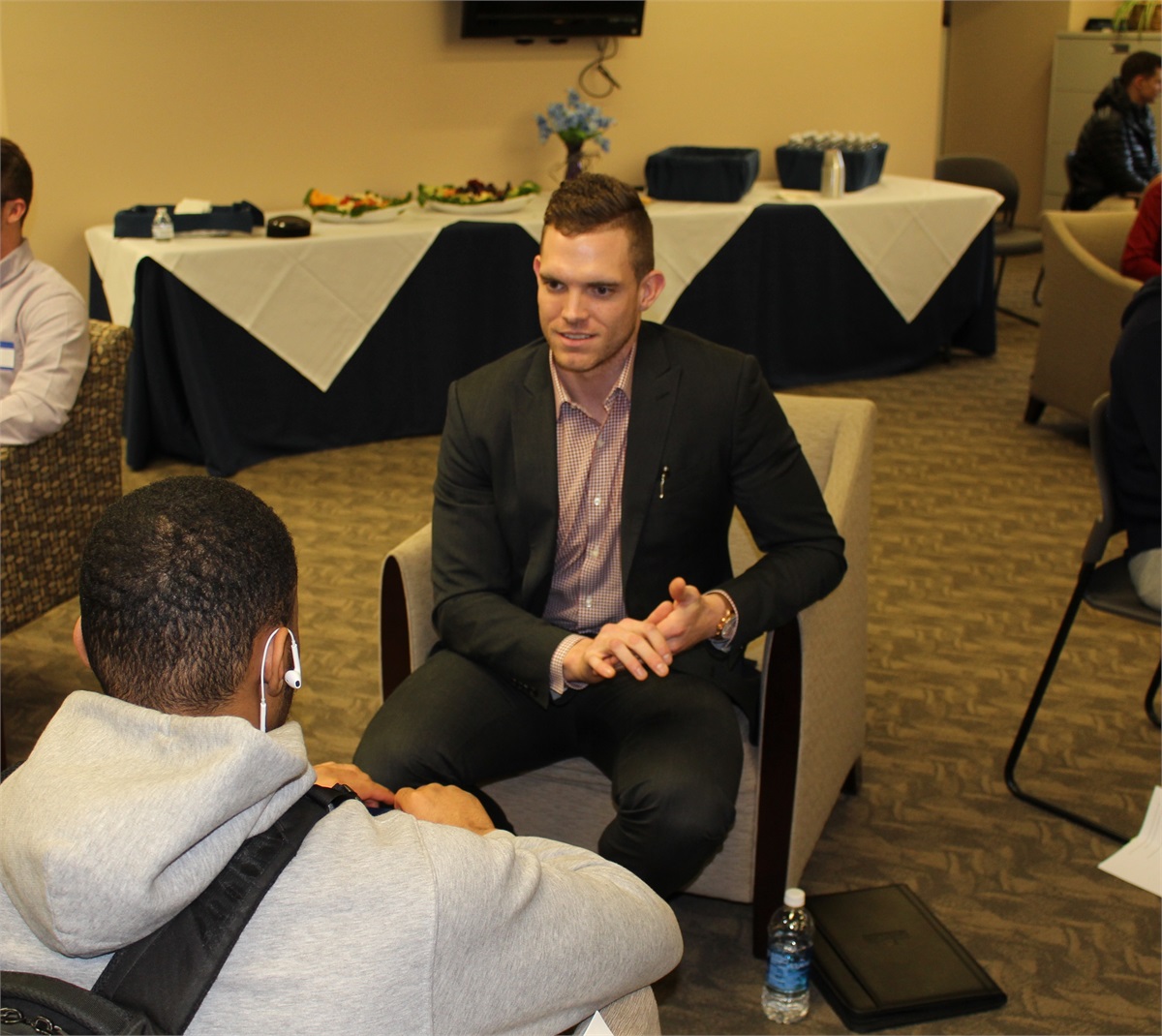 Lackawanna College: Prepared for the Future Through a Look Back in Time

On Thursday, March 15th, I had the opportunity to participate in a speed networking event with students from Lackawanna College in Scranton, Pennsylvania.  As an alumnus, I was truly honored to give back to the institution that gave to me so much more than an education and an opportunity to thrive in collegiate sports.  As I spoke with several of the students, I reflected back on my days at the college and realized just how much the education and physical training I received prepared me for a journey that ultimately led to a career in professional sports.  Because of the academic and athletic programs at Lackawanna, I was given an opportunity to advance into an NCAA Division I program at The University of Pittsburgh.  The skills acquired as a Falcon at Lackawanna gave me the ability to excel as a Panther in Pittsburgh, and I eventually lived out a childhood dream of playing professional baseball.  In the summer of 2015, I was drafted by the Minnesota Twins as a relief pitcher and began a career in professional baseball.  While wearing the Twins jersey, I always remained grateful and never lost sight of the blessings Lackawanna College had provided.  The preparation on and off the field that I received during my time there was the primary reason I had made it to a professional level, and, to this day, I am a loyal Falcon through and through.  As an athlete, it is common to be inundated with motivation from other players, coaches, friends, and family to succeed and achieve your goals on the field.   That same motivation for success is ubiquitous at Lackawanna, spanning from the locker room to the class room and eventually into the "real world".  The culture at Lackawanna College is unique and encouraging, providing students with opportunities to prosper in so many ways.  Being a part of this event, sitting on the ‘other side’ of the desk, proved to me once again that the spirit of Lackawanna is alive and well.

During the event, I sat in on 4-minute, mock interviews with many students to help them prepare as they transition from earning a degree to earning a living.  As I sat with each individual student, I was amazed by the level of professionalism and confidence each of them portrayed as they explained their dreams, ambitions, and plans for the future.  It was also very evident to me that each of these kids overcame adversity and challenges to get to this point.  I was taken a back as I heard each student describe to me the different types of hurdles that they had surpassed during their young lives, and even though each story was distinct in nature, the common thread was that these students had unwavering respect and appreciation for the opportunities Lackawanna College had provided them.  They obtained the skills and tools to prevail over adversity and are now well equipped as they embark on the next stage in their lives.  Albert Einstein once famously quoted, "Adversity introduces man to himself."  From my experience, this means that challenges are only detrimental if you do not learn from the occurrence.  I have learned to embrace adversity, and have gained more from my failures than I have from any of my successes.  Any occupation, in any industry, requires the ability to solve problems, and as I sat across from these upcoming professionals, I saw a group of individuals that are prepared to tackle the unknowns ahead of them.   It was a great pleasure to be back in Falcon territory and spend an evening with such remarkable minds.  I cannot thank Lackawanna College enough for the opportunity and will forever be Falcon proud!